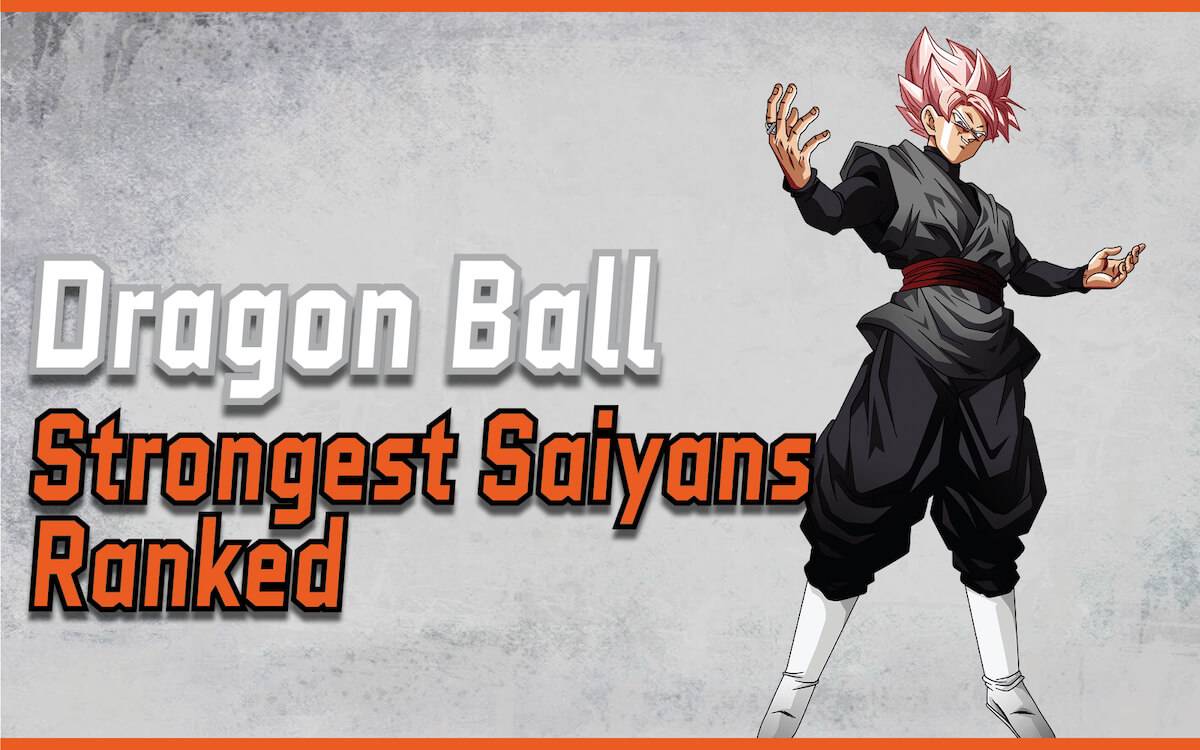 The Dragon Ball Super anime ended on March 25, 2018. Many different new Saiyans are now part of the Dragon Ball Super series. For example. Cabba, Caulifla, Kale, and Goku Black. Secondly, these new characters showed great power and potential during their battles. You can find the 11 strongest Saiyans ranked down below.

In addition, some of the Dragon Ball Super Saiyans even came from a different universe!

This ranking is solely based on the powers of the Dragon Ball Super anime Saiyans. So not the fused Saiyans like Kefla, Vegito, and Gogeta.

It is quite unfair to the other Saiyans who do not have fusion to include fusions in this list. This ranking is based on the Dragon Ball Super anime and not the manga or Dragon Ball Heroes included.

Here is the ranking of the 11 strongest Saiyans in Dragon Ball Super ranked:

Even with Goku not there to train him all the time, Goten still shows a lot of promise. To explain, Goten at age 7 was much stronger than every Z fighter at that age.

Secondly, Goten is one of the strongest Saiyans on planet earth. And what’s most impressive about this, is that Goten didn’t do that much to achieve super Saiyan form.

He did not go through all the hardships and insane battles that his brother Gohan and father Goku had to go through.

His potential as a fighter is high, but you tend to forget he is still just a kid who wants to act like a kid.

This means that 6 years have passed since Goten became a Super Saiyan, but didn’t get much stronger since.

Trunks is also a Saiyan hybrid, like his friend Goten. Kid Trunks also achieved super Saiyan form with ease, same as Goten. However, is Kid Trunks stronger than Goten? Yes, this is primarily because Trunks is 1 year older than Goten.

Kid Trunks also lacks discipline and maturity as a Saiyan warrior, he often sees a battle as a game. With that being said, Trunks also possesses great potential to become one of the strongest Saiyans of all.

Same with Goten, his lack of true Saiyan warrior cost him his spot for the Tournament of Power.

It would be fun to see the extent of his power, and possibly become a Super Saiyan 2.

Cabba is a Saiyan from Universe 6 and is the disciple of Vegeta. He gets introduced in Dragon Ball Super during the Universe 6 saga.

Cabba does not have the same physique as let’s say Gohan at the same age, but his great potential as a Saiyan is a fact. However, the difference between his base form and Super Saiyan form is way bigger compared to other Saiyans.

With Vegeta fighting him during this saga, Cabba then transforms into a Super Saiyan. As the Dragon Ball Super progresses, Cabba joins Universe 6 in the Tournament of Power.

His performance during the Tournament of Power was not quite as impressive as expected. However, Cabba became furious after his opponent Monna openly insulted Vegeta and threatened to hurt his teammates Kale and Caulifla.

As a result, Cabba ascends to a Super Saiyan 2 and becomes 2x more powerful. This Saiyan warrior from Planet Salada has a bright future ahead.

Caulifla is another Saiyan from universe 6 and the very first female Super Saiyan ever! She is also considered to be a fighting prodigy.

Caulifla possesses a natural habitat of wanting to fight others and is obsessed with becoming stronger.
Her progress from Super Saiyan to Super Saiyan 2 went pretty smooth as well.
As a Super Saiyan 2, Caulifla is capable of deflecting an energy blast from Kale in her Legendary Super Saiyan form. Caulifla definitely is one of the strongest Saiyans in her universe.

The base form is the strongest among the Universe 6 Saiyans. Caulifla tends to become cocky and arrogant when she thinks she can win a fight, the same bad character trait that Kid Trunks has.

Goku in base form doesn’t fight seriously at all and still puts pressure on Super Saiyan 2 Caulifla.
When Caulifla returns the favor, Goku decides to transform into a Super Saiyan 2 and begins to dominate the fight again, leaving Caulifla in shock.

The pressure of Goku was too much and resulted in Kale helping Caulifla.

Kale is the strongest female warrior of Universe 6 and the strongest Saiyan in her universe also. You can describe her bond with Caulifla as a  best friend, a sister-type relationship. Secondly, Caulifla sees Kale as her protégée. The power of Kale in base form is the weakest of all Saiyans.

She got easily dominated during the Tournament of Power by weak characters that she is supposed to eliminate with ease. The Legendary Super Saiyan form of Kale is what makes her the strongest out of all the other Saiyans of Universe 6.

Regardless, Goku was holding back quite heavily, and Caulifla appeared to take some damage from it. This scene in Dragon Ball Super looks the exact same as when Broly took a fully charged Kamehameha in the same manner as Kale.

Kale is the 2nd strongest fighter in her universe after Hit the assassin.

She can fight as an equal to Goku Super Saiyan God for a moment until Goku fights more seriously. Goku later runs through Kales’s energy blast unharmed and dominates against her and Caulifla fighting him.

Future Trunks is the hybrid son of Vegeta and Bulma from an alternate future. His Super Saiyan Rage form shows a lot of promise, as he acquires this form during the Trunks Saga of Dragon Ball Super.

The power he displayed when fighting Goku Black and Zamasu in that form were quite incredible.
It could be compared to Goku Super Saiyan 3 at the time, although Goku didn’t fight against the villains in this form.

His swordsmanship adds to his power, even though his hand-to-hand combat is impressive as well.

The Super Saiyan Rage form Future Trunks has can be even more powerful once he has full control over it.
This form held his own against Black’s Super Saiyan Rosé form for a bit and eventually pushed him back.

Same as Gohan and Vegeta, they are not able to transform into a Super Saiyan 3 but can acquire different forms that show to be similar in strength.
Future Trunks was the one to defeat the villain Merged Zamasu by cutting him with the  Sword of Hope.

Gohan is another half-breed Saiyan, the son of Goku and Chi-Chi, and one of the most famous characters in the Dragon Ball series. He was supposed to overtake Goku as the main character of Dragon Ball, but Akira Toriyama had other plans.

Gohan is a Dragon Ball character that fans would love to become his old self again. Gohan has more latent power than Goku and proved to be one of the strongest Saiyans many times. He was the first Super Saiyan 2 ever and the strongest Saiyan during the Cell saga and the Majin Buu saga.

Mystic Gohan during the Buu saga surpasses the power of Goku Super Saiyan 3, as he is more powerful and can maintain his form much longer. Unfortunately, Gohan lacks the true passion of a Saiyan warrior and prioritizes his studies and family over his training.

In the Tournament of Power, Gohans most noticeable fight is against Dyspo of Universe 11. Dyspo s power proves to give Golden Frieza, Super Saiyan God Goku, and Hit some trouble, as his speed is too fast to observe for Zeno-sama.

However, while Golden Frieza is unable to hit Dyspo, Gohan can see Dyspos’s movements. Their battle ends in Gohan keeping Dyspo in a body lock and Frieza knocking them both out of the arena.

The power of Mystic Gohan again proves to make him one of the strongest Saiyans of all. Gohan even gets respect from Beerus for his efforts, maybe this will spark something in Gohan to resume his training again.

Goku Black is an alternate incarnation of Zamasu and the main villain during the Dragon Ball Super Future Trunks Saga. His powers took a big leap after adapting Goku’s fighting skills to his own style.

After Vegeta showcases that Saiyans can become stronger due to anger, Goku Black then uses this ability in his favor.

His newfound power allowed him to grow more powerful, to an extent that it surpasses his understanding. The greed for more power causes Zamasu and Goku Black to use the Potara earrings to fuse into Merged Zamasu.

During this Dragon Ball Super arc, Goku Black shows to fight on par with both Goku and Vegeta Blue. Goku Black truly is one of the strongest Saiyans to this day. His ability to adapt during a fight is also one of the best there is.

Vegeta is the prince of all Saiyans and is one of the most well-known Dragon Ball characters of the series.
During the entire Dragon Ball series, Vegeta is the rival of Goku. Vegeta puts himself in the most insane training sessions in his pursuit of surpassing Goku.

He also finds out his way of surpassing his limits and developing new transformations in his way.
In Dragon Ball Super, Vegeta obtains Super Saiyan Blue form without the aid of other Saiyans. He is the second strongest of all the Saiyans behind Goku during the Tournament of Power

Broly is without a doubt one of the strongest Saiyan warriors in the multiverse and is called The Legendary Super Saiyan. His fierce power also seems to exceed that of a God of Destruction’s.

Same as Goku, Broly grows stronger the more he fights. Secondly, his adaptability during battles is the highest out of all Saiyans. Brolys base form made Vegeta go from base form into Super Saiyan God form to keep up with Broly’s rising power.

When powerup up to his Ozaru form, Broly’s power gets a power multiplier of 10x his base form. This version of Broly shows to be on par with Goku Super Saiyan Blue.

His potential to become the strongest Saiyans of all is there, especially when Broly learns to control his powers and surpass his limits again! Broly is a canon character finally after nearly 26 years, something Dragon Ball fans appreciate.

Goku is the strongest Saiyan of Universe 7 and is the most well-known Dragon Ball character worldwide. His skillset, hard work, and experience as a Saiyan warrior give him an advantage over the other Saiyans. Goku is the first to obtain many Saiyan transformations such as Super Saiyan, Super Saiyan God, and Super Saiyan Blue.

Secondly, his Super Saiyan 3 form is currently only mastered by Goku and no one else. Goku also achieves the Ultra Instinct technique during the Tournament of Power, although not completely mastered yet.

He also fights the most powerful opponents during Dragon Ball Super in Jiren, Toppo, Kefla, and Golden Frieza.

His opponent Jiren for example is said to be the only mortal who cannot be defeated by any god of destruction. In addition, Goku’s Mastered Ultra Instinct surpassed Jiren’s full power during their fight.

The power Goku has while using this technique surpasses that of the gods.

Goku has not mastered the Ultra Instinct technique in the Dragon Ball Super anime yet, so it seems he needs some more training to do. 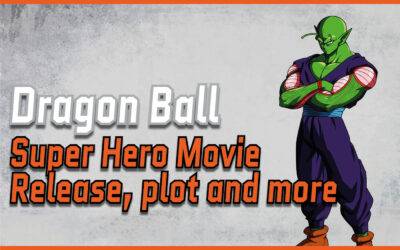 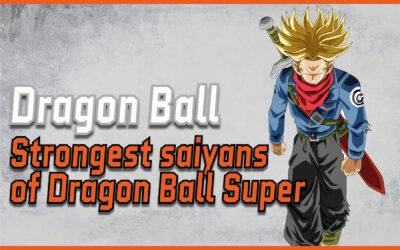 Dragon Ball Super introduced us to a lot of new characters and Saiyans. Therefore, we rank the 10 most powerful...