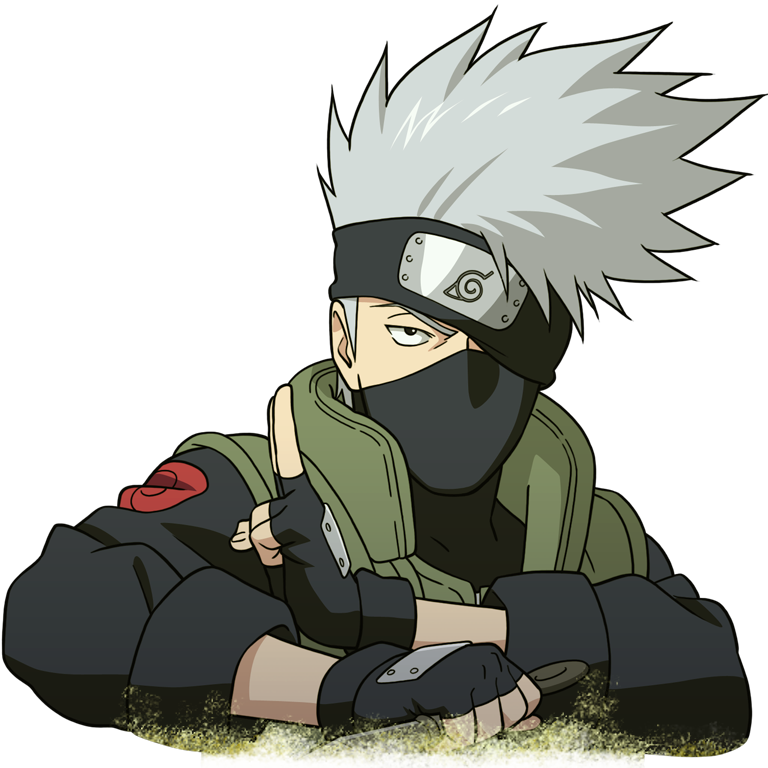 Kakashi Hatake is one of the most important characters of Naruto. As the sensei of Team 7, his duty as a role model, advisor and protector is continuously tested during the course of the story. This forces him to grow and develop both his abilities and morality. What’s unique about Kakashi’s character is that he already has an entire character arc before the story even begins. Despite this, his character arc still ranks at the top of the entire series.

The son of Konoha’s White Fang

Kakashi is the son of one of the most famed shinobi of Konoha at the time. Because his mother died when he was very young, he was mostly raised by his father Sakumo Hatake. This will inevitably create a close relationship, because he really depends on his father to provide for him. But he wasn’t only close to his father, he also looked up to him as example and great shinobi.

Sakumo failed a very important mission because he disobeyed the shinobi rules: he decided to save his teammates’ lives instead of completing the mission. This brought great shame upon both Kakashi and his father, causing the village (including the teammates Sakumo had saved) to vilify Sakumo’s actions, eventually resulting in the White Fang commiting suicide.

Losing his father and turning cold

Kakashi lost the last person that was close to him, leaving him empty and in pain. However, the fact that his hero had betrayed and disappointed him created the most sorrow in his heart. His worldview had completely changed, as he was determined to never feel the same pain again. So, he decided to always follow the shinobi rules and complete his mission, even if it meant sacrificing your comrades.

He wasn’t only famous for being the son of the disgraced Sakumo, but also for his incredible talent at such a young age. He became a Chūnin at age 6 and a Jōnin at age 12. After he had graduated from the Ninja academy, he was teamed with Obito Uchiha and Rin Nohara with Minato as his sensei. Despite Minato’s efforts to emphasize the importance of team work, Kakashi never really saw his teammates as equal to him.

After his teammates were captured and cornered, Kakashi was forced to make a decision as his father: do I save my friends or do I complete the mission? He chose the latter first, but Obito’s words kept ringing in his head. “Those who disobey the rules are scum, but those who abandon their friends are worse than scum.”

In the end, he wasn’t able to save either Rin or Obito, but the decision he had made would change him forever. He changed from being a cold and disinterested person to a warm and caring human being. The Sharingan he obtained from his ‘deceased’ friend would also be a constant reminder for him to stay true to his friend’s words.

The loss of his friends would leave a huge scar on Kakashi. Unfortunately, it took a while for him to remember the wishes Obito and Rin had for him.

Another period of darkness

Kakashi had lost the two most important people of his life in a short period of time, and he blamed himself for it. In an attempt to make him cope with his loss and still make use of his exceptional skills, the new hokage Minato appointed him to Anbu. His time in Anbu made him even colder though. Despite his successes as a shinobi, Kakashi lost himself more and more as a person. His sensei Minato sensed that he needed to help, and gave Kakashi the task to protect Kushina.

Unfortunately, Kakashi’s sensei died during the Nine Tails Attack on Konoha, leaving no one to heed him again. He once again blamed himself for the loss of his sensei, as the Third Hokage didn’t allow children to fight in the attack. Danzō took notice of Kakashi’s skills and feelings, and manipulated him to turn against the Third Hokage.

Danzō’s plan was to overthrow the Third Hokage by assassinating him. His loyal servants of his Root organization would do anything for him, including Kakashi. His time here gave him a lot of inside information and experience in how Konoha operates in the shadows.

After leaving Anbu, Kakashi was truly devoted to serving Konoha and honoring his friends’ and sensei’s wishes.

Find out about Kakashi’s best character traits and abilities below.

Kakashi was known as the ‘Copy Ninja’ because of his use of the Sharingan. Meaning he knew a large amount of jutsu of different Nature Types. You will find our pick for his 3 best jutsu below.

Kakashi was briefly able to manifest a perfect Susanoo after receiving both Mangekyou Sharingan of Obito. Immediately, ‘Kakashi’s’ Susanoo became a fan favourite. With the ability to use Kamui in many different ways, it is perhaps the strongest Susanoo of all the Uchiha.

The most notable ability is the Kamui Shuriken, which can transport anything they come in contact with. 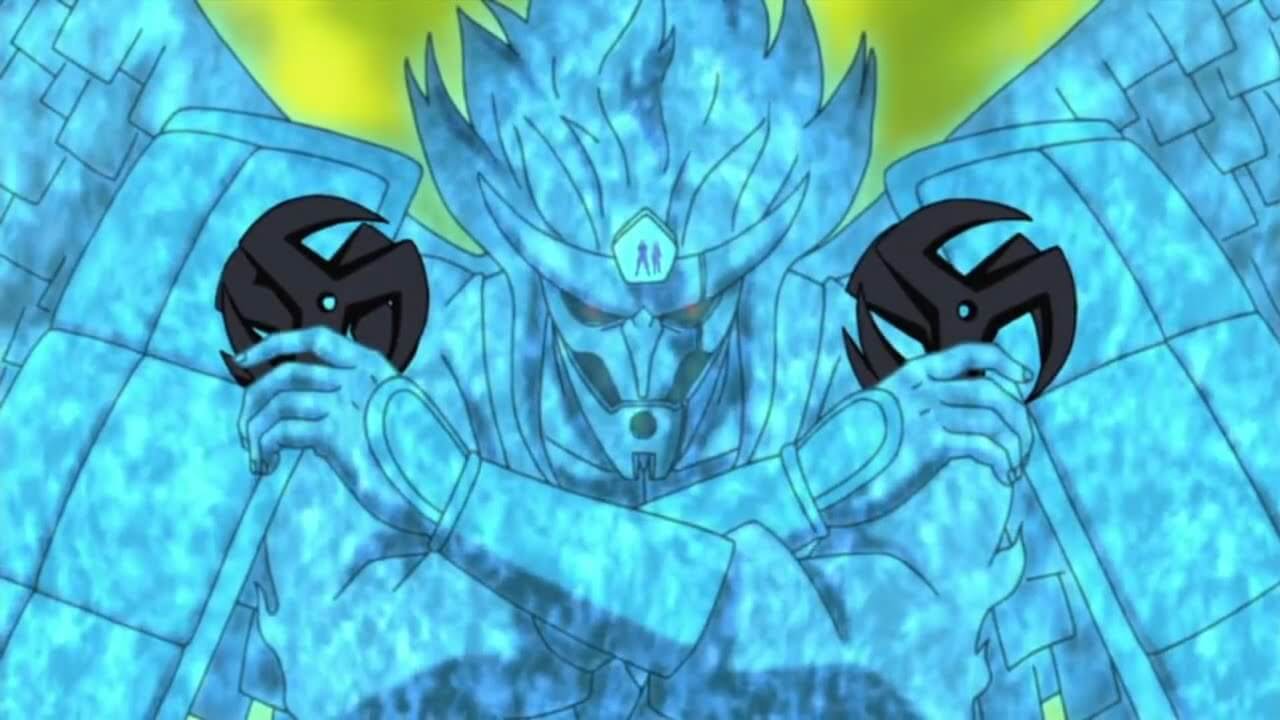 One of the most famous Space-Time Ninjutsu in the entire series. Kakashi uses Kamui to transfer objects to another dimension from a distance. As he became more skilled as a shinobi, he was able to use it more frequently and accurately.

His major increase in skill is shown during the Fourth Shinobi World War. During the battle with Madara, he attempted to transport a Gedō Mazō statue and almost succeeded. And he was able to transport a lightning enhanced kunai right before the moment of impact. 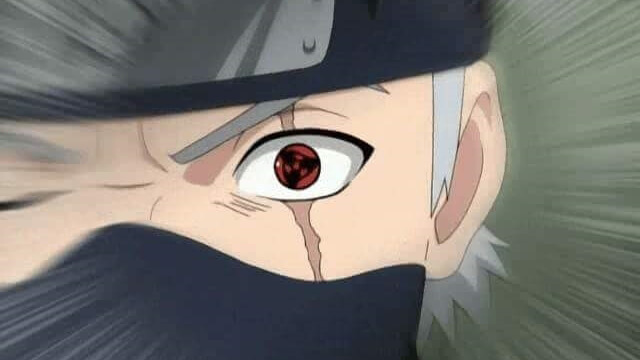 The Chidori is a technique Kakashi created himself. It was very instable in the beginning, and could even harm the user. But after Kakashi obtained a Sharingan and became stronger, the lightning blade technique became Kakashi’s go-to move in combat. 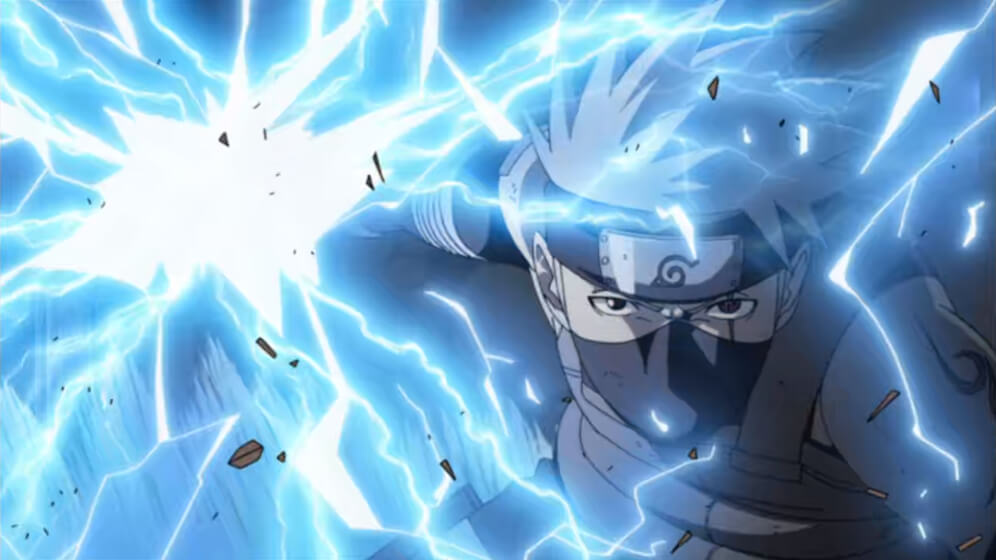 The moments below are what truly shaped Kakashi as a character and serve as the most significant moments in his life.

In order to reach a high point, you have to reach a low point before that. Losing his father brought Kakashi to that low point. He would never become the man his is today without experiencing the loneliness and anger his father left him.

The teachings he gave his pupils were not just wise words, but they came from experience. Essentially, Kakashi is the prime example of why you shouldn’t lose hope and that there’s always light at the end of the tunnel. 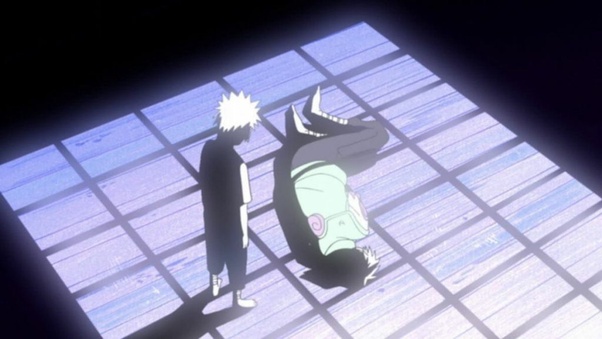 After losing Obito and Rin, Kakashi’s heart was truly tested. Sure, he felt hopeful and happy again when things were going well with him and his team. But can he stay strong when the world is cruel again?

Even though we didn’t see much of this period for Kakashi, we still believe this was a crucial moment for his character. It’s very easy to turn dark again after this experience, just like Obito. However, Kakashi was able to stay true to the morals Obito had tought him. 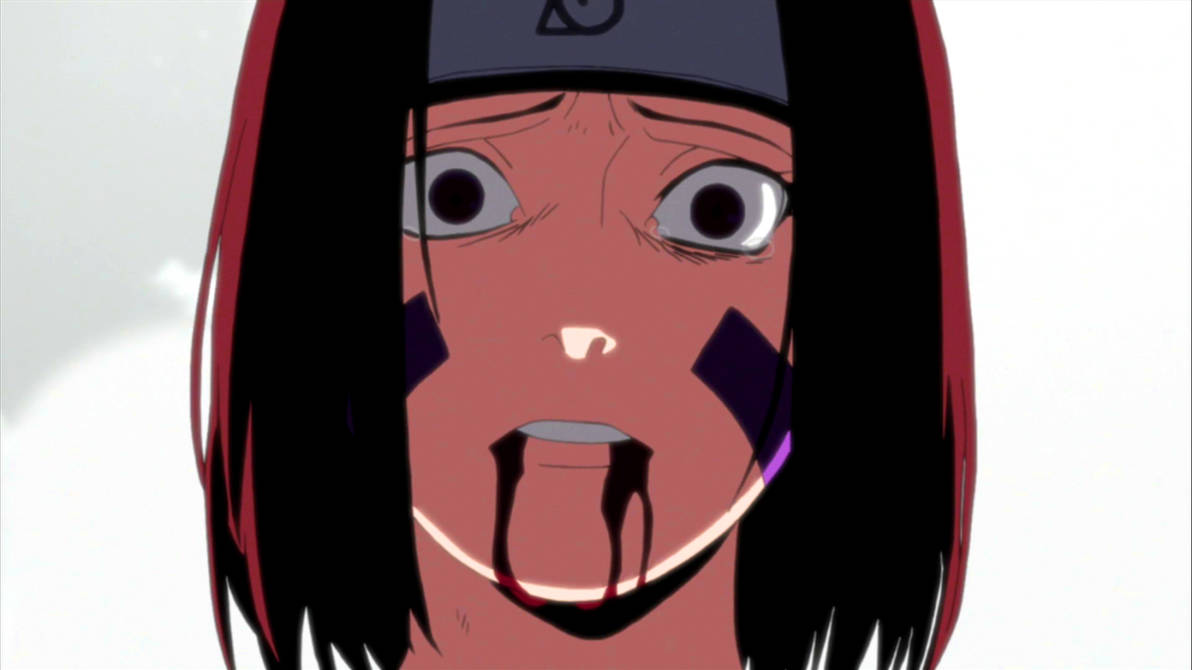 Without Obito, we would have seen a very different Kakashi from the one we know today. Nobody was able to penetrate the shield he put in front of himself when he was younger.

Those who break the rules are scum, but those who abandon their friends are worse than scum. 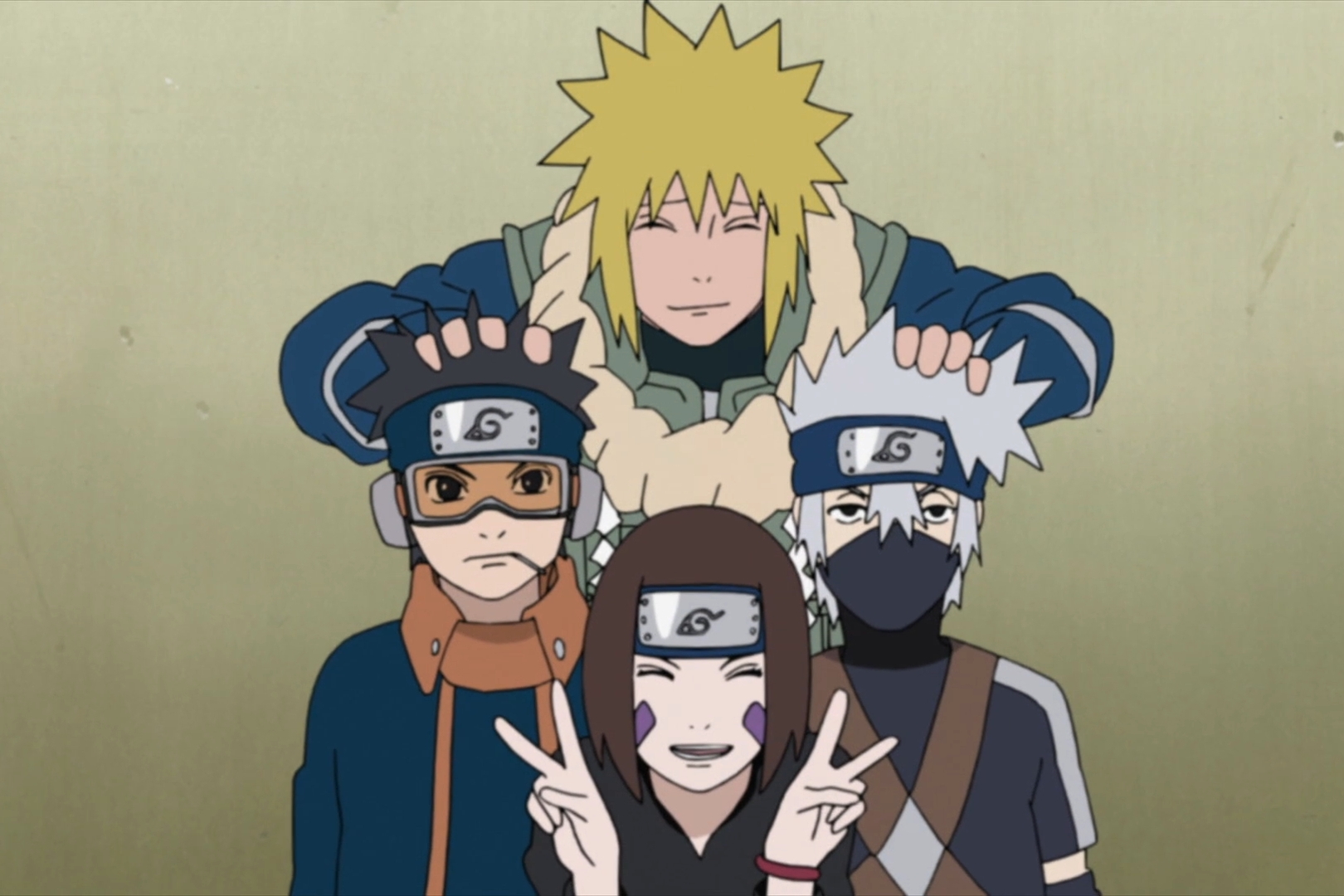 As one of the most important characters, Kakashi has featured in a lot of fights in the series. You will find our favorite 1 on 1 Kakashi fights below.

This fight will always be a classic. The first time we see Kakashi fight seriously and use his Sharingan. Zabuza really pushed him to his limit, and we see how difficult it is to protect your subordinates and still complete the mission. 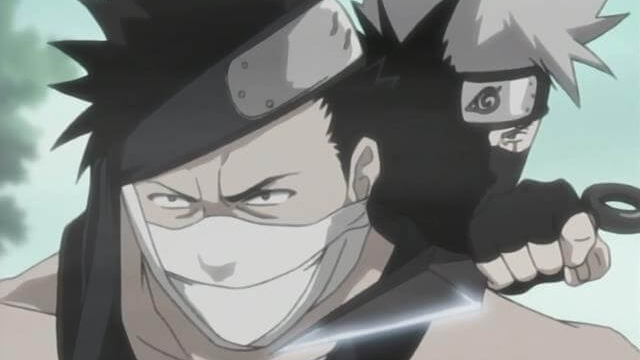 Pain was an opponent far superior to Kakashi. However, he was able to put up a great fight while still protecting other Konoha shinobi. He has also used up a large amount of his chakra before he even started the fight. This truly shows Kakashi’s genius in battle, and how he can always challenge characters that are far stronger than him on paper.

We would have loved to see him fight with more intel and chakra. 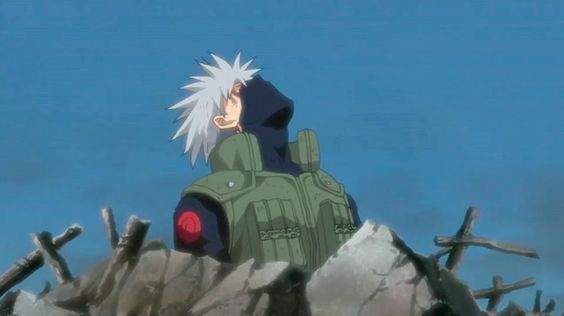 This fight was arguably the best fight of the entire war arc. The battle just carried so much weight because of their history. Not only that, the animation and fight choreography were amazing as well. This battle was also a fresh twist compared to the other large-scale battles that were going on in the war. 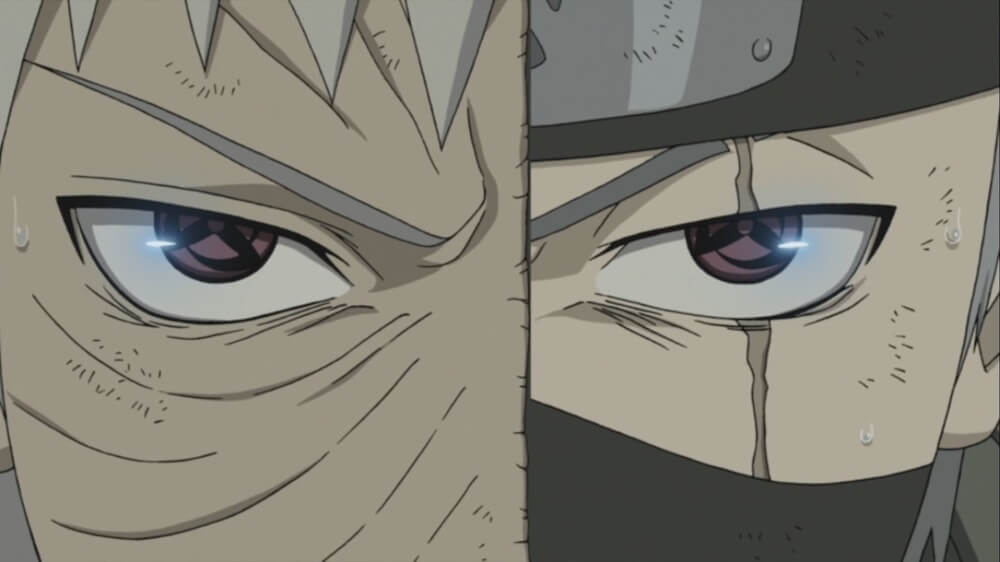