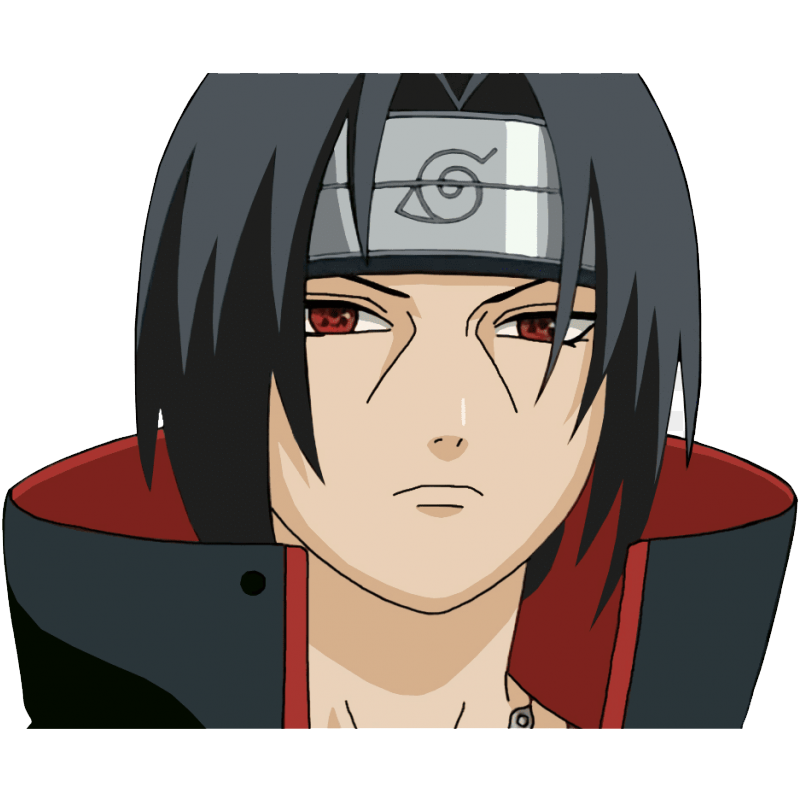 Itachi was born as one of the most gifted shinobi in the history of the Uchiha clan. He graduated the academy at age 6, became a chūnin at age 10 and entered Anbu at age 11. Two years later he was even promoted to be an Anbu captain.

His talent was often a burden for him however, as he was forced to bear huge responsibilities from a young age because of his intelligence and ability.

Witnessing the horrors of the Third Shinobi World War created a lifetime of stress and trauma for Itachi. It’s the foundation of his world view and desire to prevent as much conflict as possible.

His intelligence enabled him to always see the bigger picture and look beyond his personal hatred, while also being kind enough always act selflessly. Unfortunately, his clan members couldn’t ignore their hatred and Konoha wasn’t kind enough to act selflessly, forcing Itachi to suffer for both parties’ flaws.

A life as a liar

Itachi was responsible for the safety of the Hidden Leaf and the honor of the Uchiha clan. In order to save both he accepted the order to murder his entire clan, with the exception of his little brother Sasuke.

He was forced to leave the village he loved and join the Akatsuki to protect Konoha from the outside, but he had to do it as the biggest traitor Konoha had ever seen. The worst part was, that he had to live life while being hated by the person he loved most, his little brother.

You will find our favorite character moments, jutsus and fights of Itachi below.

Tsukuyomi is a genjutsu technique unique to Itachi, and is one of the strongest genjutsu in the world. Itachi traps his opponent in a genjutsu world where he continiously tortures them for days until they are defeated. His opponent’s perception of time also changes, as 3 seconds can feel like days in the Tsukuyomi world.

A drawback of this jutsu is the toll it takes on Itachi’s body and eyesight. Kakashi also noted that Itachi prefers to end fights quickly because of the chakra loss Tsukuyomi causes. 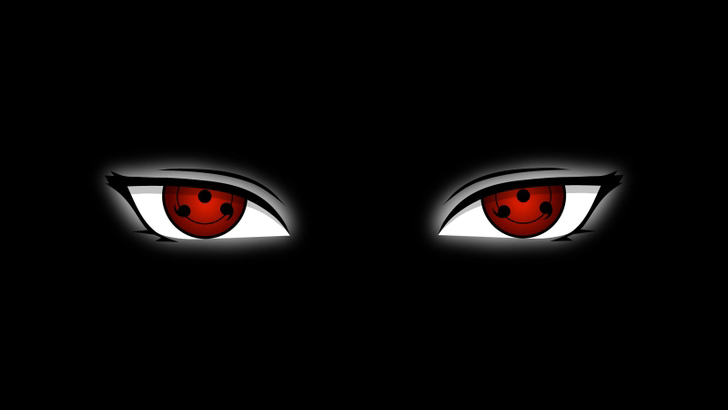 Amaterasu is a fire style technique that burns hotter than any other fire release. Only Itachi and Sasuke are able to use this jutsu, although Sasuke can also change the flames’ shape with his other Mangekyou Sharingan. The black flames of Amaterasu can only be extinguished by their user, though there are some ways to counter this technique.

Amaterasu has been avoided by extremely fast characters like A (Fourth Raikage), characters with space-time ninjutsu like Obito and characters with strong shields like Gaara. Another flaw of this jutsu is the strain it puts on its user, even causing the eye that casted the jutsu to bleed. 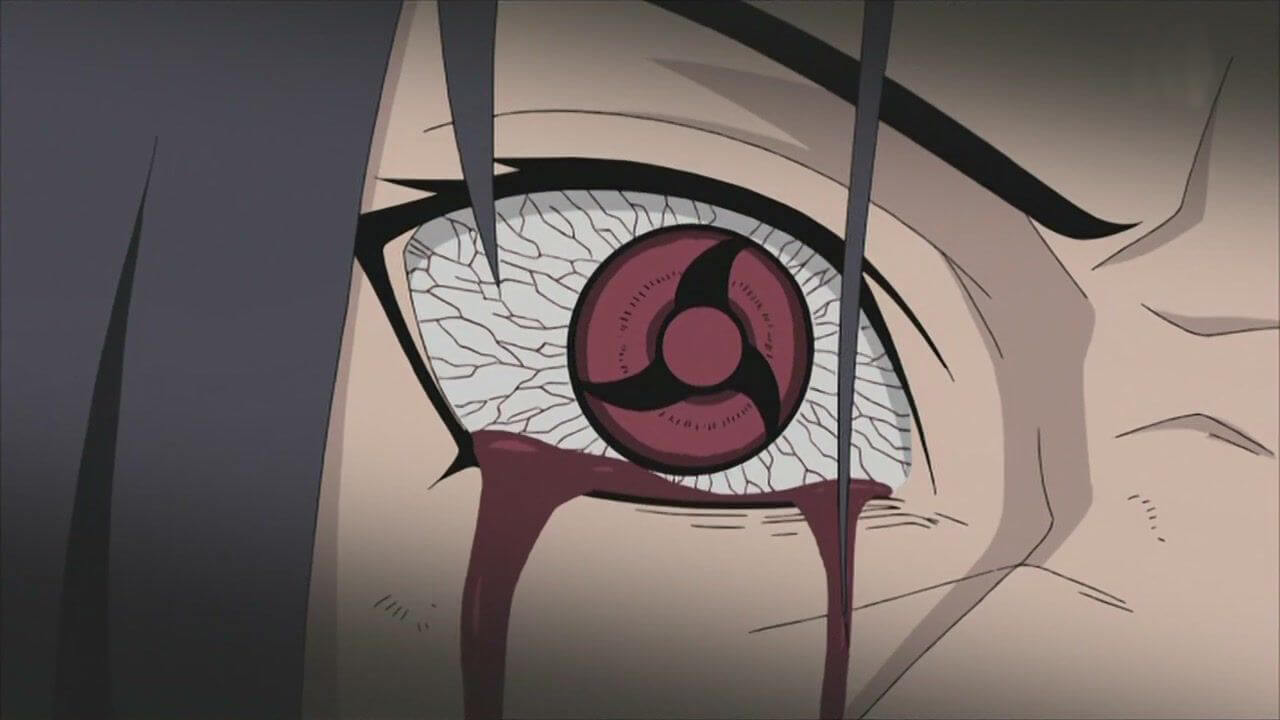 According to Black Zetsu, the combination of the Yata Mirror and Totsuka Blade nearly made Itachi invincible. He was also still able to move fast and agile, as he could counter Sasuke’s Kirin which moves at the speed of lightning. 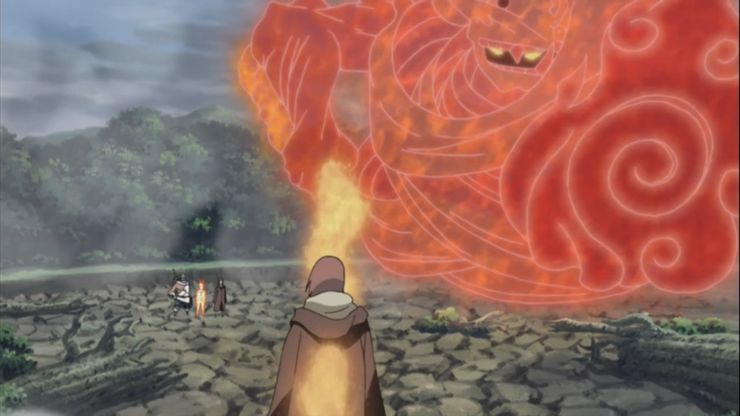 The moments below were the most important event in Itachi’s life and are vital to his character arc.

3. Finally Opening Up to Sasuke

When Itachi reunited with Sasuke again during the 4th Shinobi World War he realized the mistakes he made. He’d lied again and again, without ever considering what Sasuke had to say in all this. He even admitted that perhaps none of this would have happened if he had been honest from the start. Which is why he told Sasuke, no matter which path you choose for yourself, I will always love you. 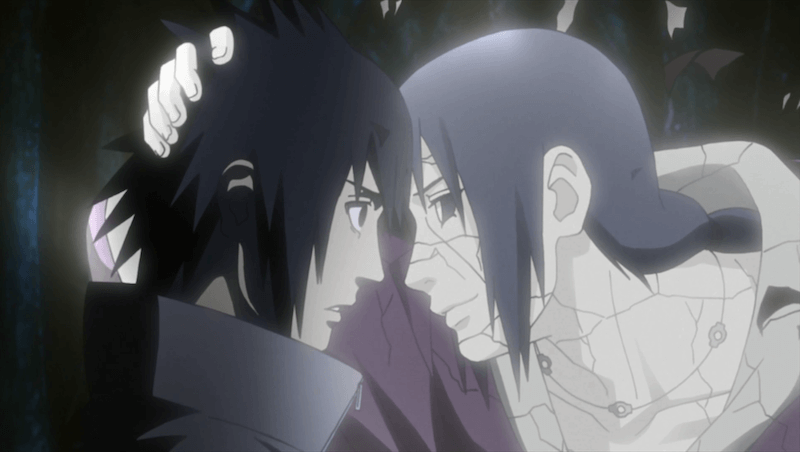 Experiencing the 3rd Shinobi World War was very traumatic for Itachi. His look on life was formed by these traumatic experiences. Ever since this war, he would always try to avoid conflict as much as possible. This was also his reasoning behind performing the Uchiha massacre: he would carry all the burdens for the sake of avoiding conflict and bloodshed. 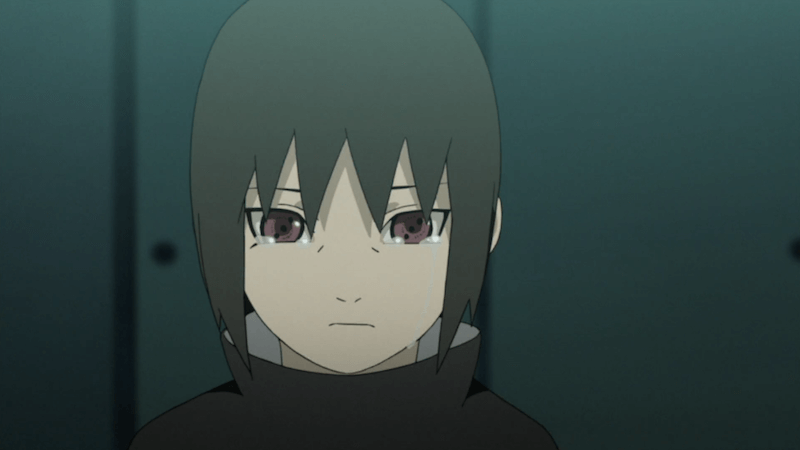 Shisui was Itachi’s last hope of solving the conflict between the Uchiha clan and the Hidden Leaf without a civil war. Bit not only that, it was his last hope of living a normal, happy life without the burdens of a shinobi.

After Shisui took his own life, it was clear what Itachi had to do. His duty was to give up everything he loves.. Sasuke had the ability to fill the hole that Shisui had left in Itachi’s hearth, but he was forced to abandon his little brother as well. 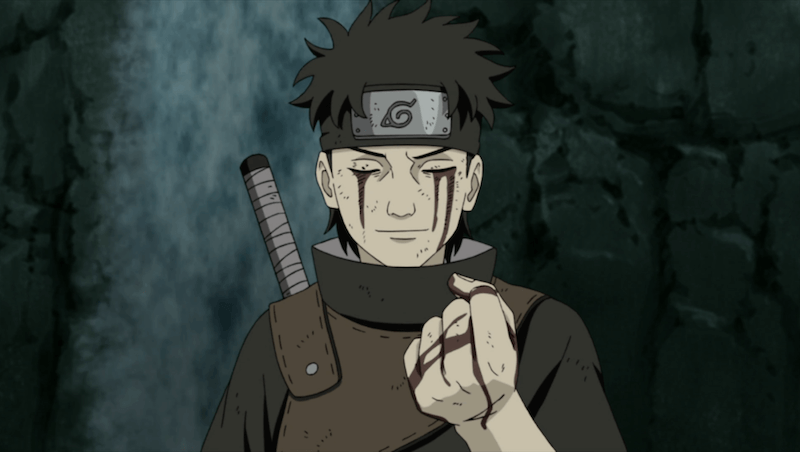 Itachi didn’t have much screen time, but he was still able to deliver us some high quality fights.

The first time we see Itachi in action. Just how strong was the man that killed his own clan? How strong did Sasuke have to become to kill his brother? In this short appearance we learned that the gap between Itachi and the rest of Konoha was way larger than we expected. 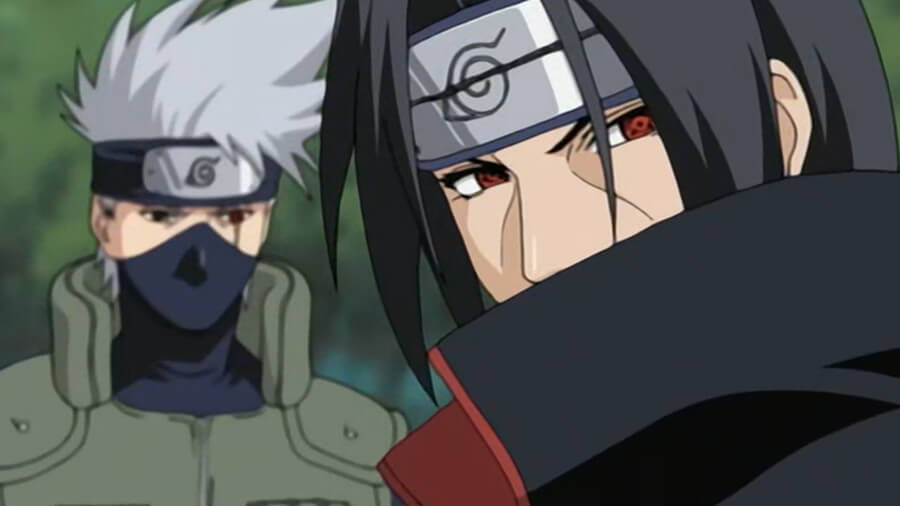 2. Itachi (and Sasuke) vs Kabuto

At this point in the story we knew Itachi’s true motives. He wasn’t actually trying to win the previous times we saw him fight. His fight against Kabuto was the first time he was actually trying to defeat his opponent (although he couldn’t kill Kabuto because he had to undo Edo Tensei). We learned that it wasn’t just the abilities of his Mangekyou Sharingan that make Itachi so powerful, but also his high-level analytical skills. 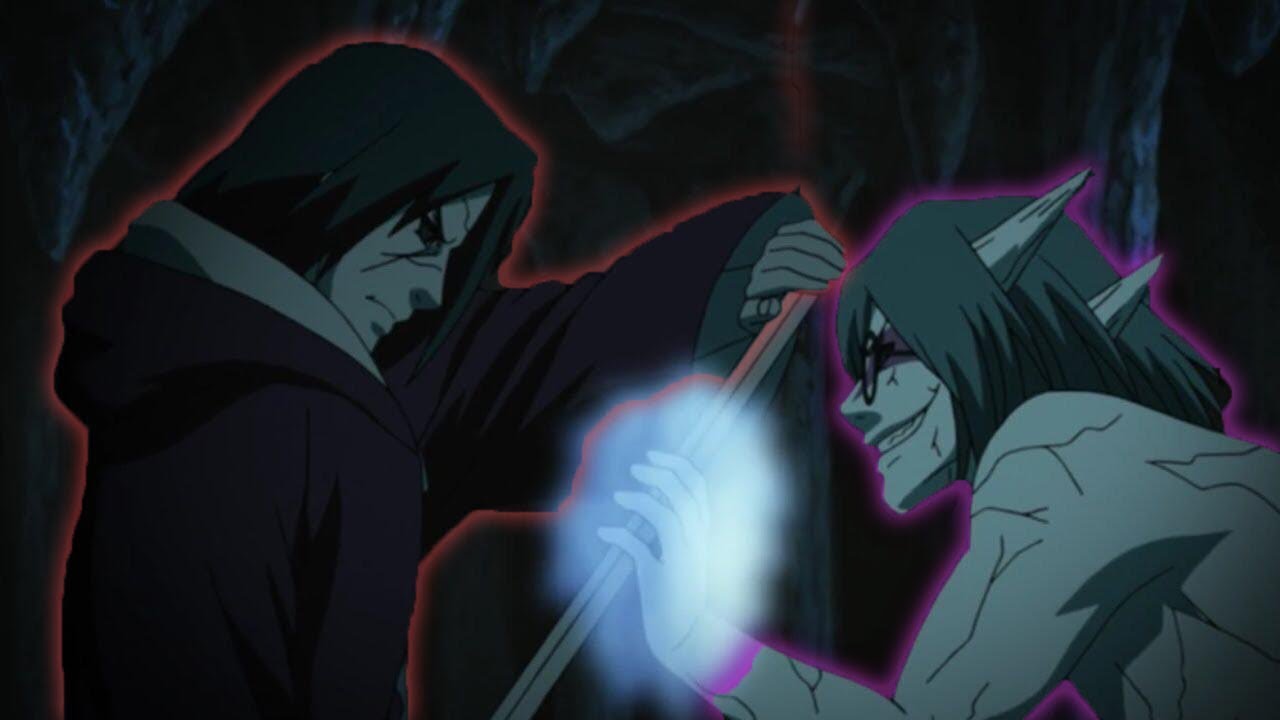 The fight he had been waiting for. For years he knew this day would ultimately come. It must have hurt to see how much his little brother hated him, but it was his duty as a shinobi.

The drama, emotion and suspense of this fight was some of the best of the entire story, and we will always remember the final moments of Itachi Uchiha. This just shows how well this fight was executed. 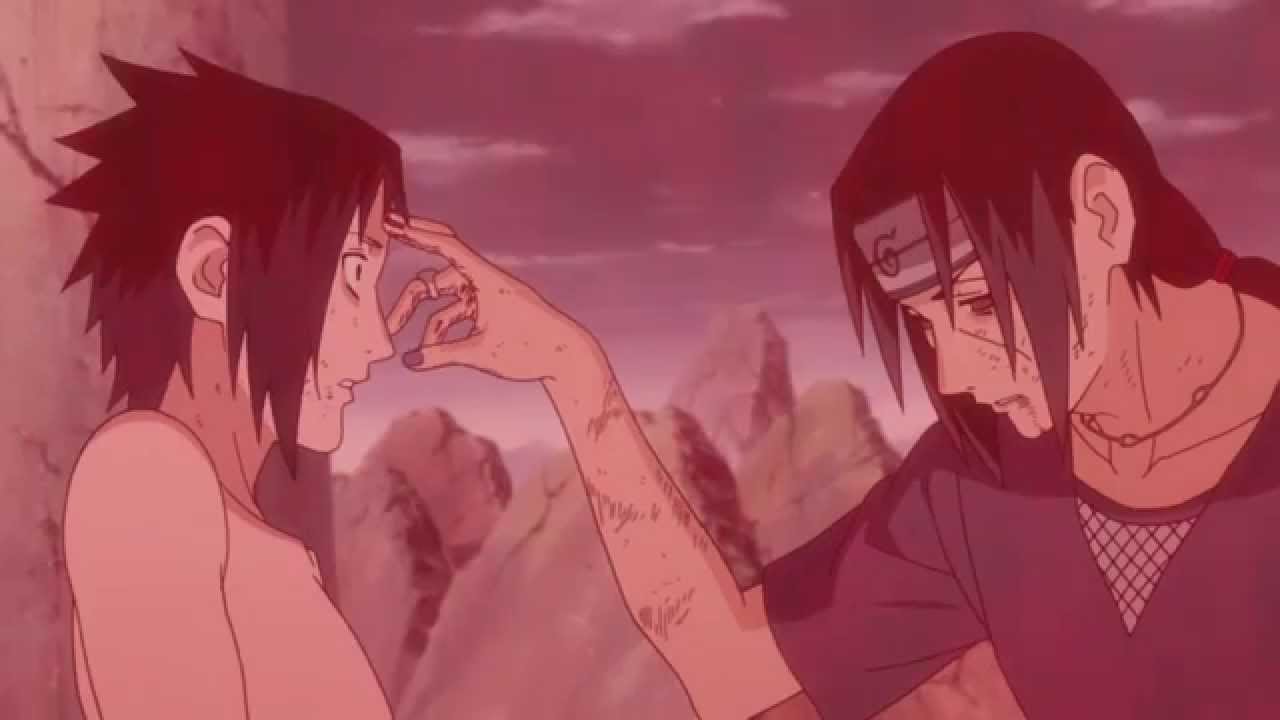