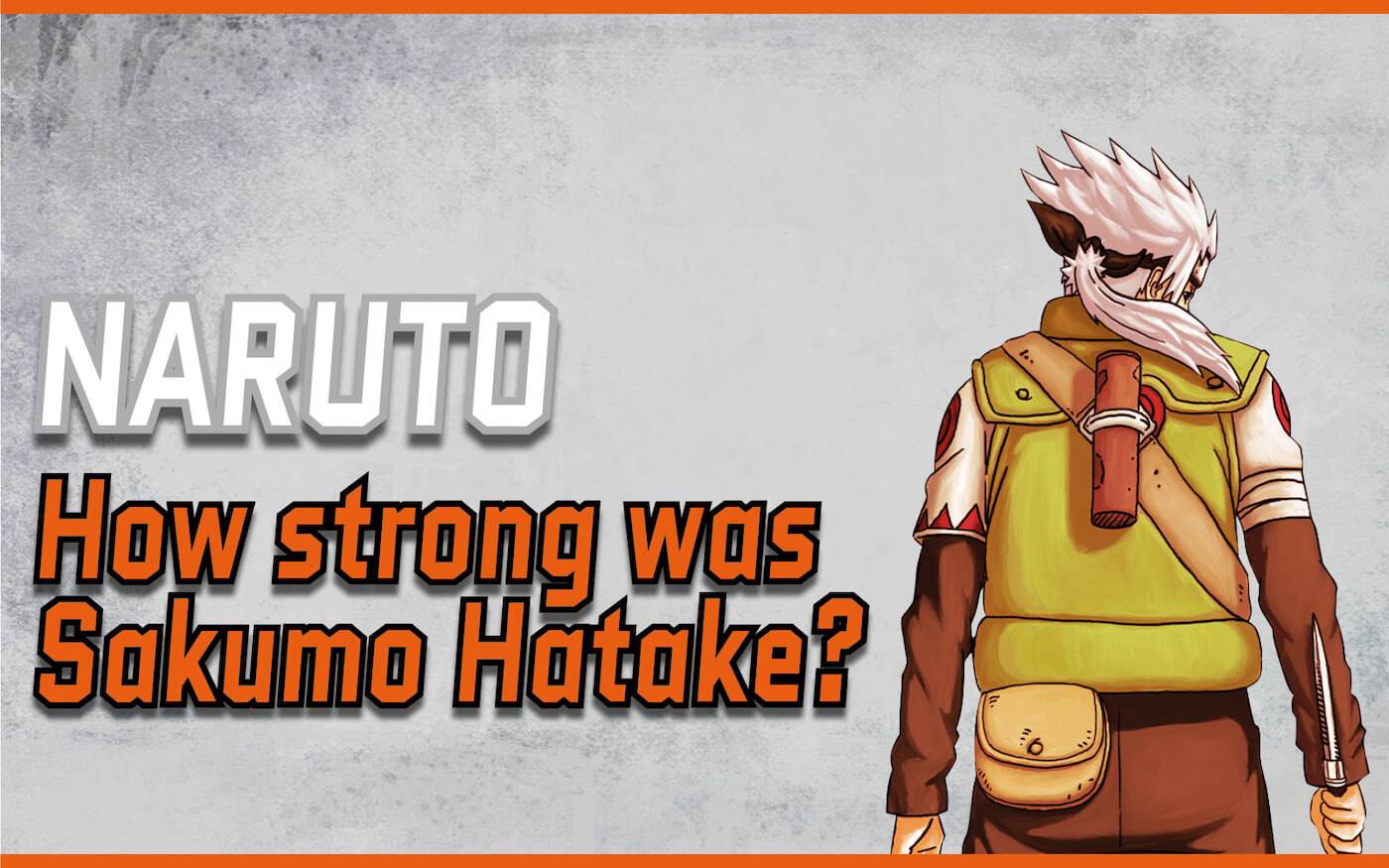 You can find the following information in this article:

Sakumo Hatake or rather known as the Konoha’s White Fang was a jonin of the Hidden Leaf Village. He was a very respectable and powerful shinobi and famous across the shinobi world.

However, this Naruto character didn’t get much screen time in the Naruto manga/anime series. Secondly, his name remains a very memorable one amongst the Hidden Villages.

Sakumo Hatake was a member of the Hatake clan. But how strong was Sakumo really, and how does he scale against powerful shinobi from his time? The powerful Naruto characters from his time are quite remarkable and powerful. For example Orochimaru, Tsuna, Jiraiya, and Minato Uzumaki.

There is not very much information available to cover about this Naruto character. However, there is enough to complete the full analysis of the White Fang.

Sakumo Hatake and his son Kakashi

Sakumo was a very powerful and skilled shinobi of the Hidden Leaf Village, as mentioned above. For instance, his powers are said to surpass that of the Legendary Sannin ( Orochimaru, Tsunade, and Jiraiya).

Sakumo Hatake has a son who is a genius shinobi also known all over the shinobi world. Kakashi Hatake is the name. The respect and admiration Kakashi has for his dad helped him on the way to becoming a ninja. The wife of Sakumo died at a very young age. She passed away before Kakashi graduated from the ninja academy.

To clarify, Kakashi graduated at the age of 5, so his mother passed away before that. Sakumo Hatake has very good observation skills. He shows this at the ninja academy when his son Kakashi graduated.

For example, when Sakumo and Kakashi met Might Duy and Might Guy. Sakumo tells Guy to be friends with Kakashi in the Ninja Academy. However, he didn’t know that Guy failed the academy entrance exam.

This resulted in Kakashi questioning the value of Guy as a ninja. Because Guy cant perform ninjutsu and only taijutsu. Sakumo then attends Kakashi that he should not slack off just because he got into the academy.

Secondly, he tells Kakashi to not underestimate Guy, as he might someday become stronger than him. Sakumo Hatake gives his son this advice because he notices how hard Guy is training. Sakumo thinks so much of Guy that Kakashi should consider him a great rival.

The murder of Sasori’s parents

Sakumo was later sent out on an important mission for the Hidden Leaf Village. Secondly, the Hidden Sand Village and Hidden Leaf were at war during this time. He then confronted the parents of Sasori and killed them in battle. Choji is the grandmother of Sasori and she gained a lot of hatred for Sakumo. Sakumo killing Sasori’s parents is the reason for this.

The important mission of Sakumo for the Hidden Leaf Village

The Hidden Leaf Village assigns Sakumo Hatake and his team for a very important mission. This mission happened while Kakashi was still in the ninja academy. The mission of Sakumo takes a negative turn, as his subordinates’ lives get in danger.

His choice resulted in grave losses for the Land of Fire and the Hidden Leaf Village. Secondly, the very comrades he saved during this mission also criticized him for his actions.

The aftermath of Sakumo‘s mission

The whole ordeal takes a toll on Sakumo, both mentally and physically. This causes his powers and abilities to decrease. Sakumo then falls into a depression.

This later results in Sakumi committing suicide. After that, Sakumo stays in limbo to wait for the day he receives forgiveness from his son.

The abilities and powers of Sakumo Hatake

Sakumo was a very skilled sword user. The nickname ” Konoha’s White Fang” comes from his use of White Light Chakra Sabre. The blade t gives off a white streak of chakra when swung,

There is no evidence available about Sakumo beating formidable opponents. However, his name did strike fear into his enemies just like Minato Namikaze. This is an indication that his powers are very dangerous to enemies.

However, this shows the potential of Sakumo could be as a powerful shinobi. To clarify, if he already was considered stronger than the Sannin before. So then he could also be stronger than them in the future.

Minato Namikaze states something very positive and important about Sakumos intellect. He states the following about Sakumo:

We haven’t had another genius like him since. When a genius like Minato praises you for your intellect, then that means a lot.

The ninja way of Sakumo Hatake

The ninja way of Sakumo Hatake is quite beautiful and plays a role in Kakahi’s character development. Sakumo is a very loving father and humble man. He is very kind to each individual and loyal to his beliefs and family.

His son Kakashi looks up to him as a person and shinobi. The commitment Sakumo has to his beliefs goes beyond his loyalty to Konoha.

He proves this during the important mission he is assigned to by the Hidden Leaf Village. Sakumo finds himself in a situation where he has to choose between saving the lives of his team or completing the assigned mission of Konoha.

Sakumo also isn’t cocky or rude. A father like that for example likes to brag about the success of his son. However, Sakumo does quite the opposite when meeting Might Guy and Might Guy.

He never bragged about Kakashi getting into the ninja academy and that Might Guy didn’t. Instead, he notices Guy’s work ethic and tells Kakashi that guy is an ideal rival for him,

After Sakumo died, Kakashi followed the rules of a shinobi very strictly. He did not want to undergo the same fate as his father. Even though Sakumo has a good reputation in the shinobi world, even after his death.

Kakashi’s friendship with Obito becomes difficult because Obito follows the ideals of his father. Kakashi later faces the same situation as his father when he is on an important mission. In other words, save his teammate Rin or proceed with the mission.

Kakashi first chooses to abandon his friends and go on with the mission, but he later changes his mind because of Obito’s‘s word about being a “real ninja”.

When Kakashi later becomes a sensei of Team 7, he puts his effort into teaching his team the same ideals as his father. For example that your friends and teammates go beyond the importance of any mission.

Sakumo‘s name still has a lot of power in the shinobi world, even after many years. Kakashi gets the recommendation from the Fire Daimyō of becoming the Sixth Hokage, and being recognized as the son of Sakumo worked in favor of Kakashi’s election for Hokage. Another identification as Sakumo’s son comes from the Third Tsuchikage. He was in favor of Kakashi representing Konoha in the Allied Shinobi Forces. 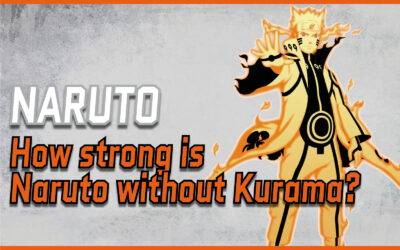 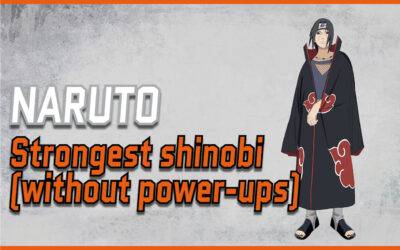 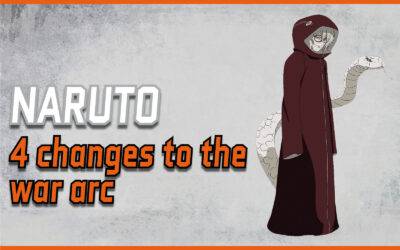 The war arcs in Naruto are arguably the most important arcs of the story, as they conclude everything that has been...