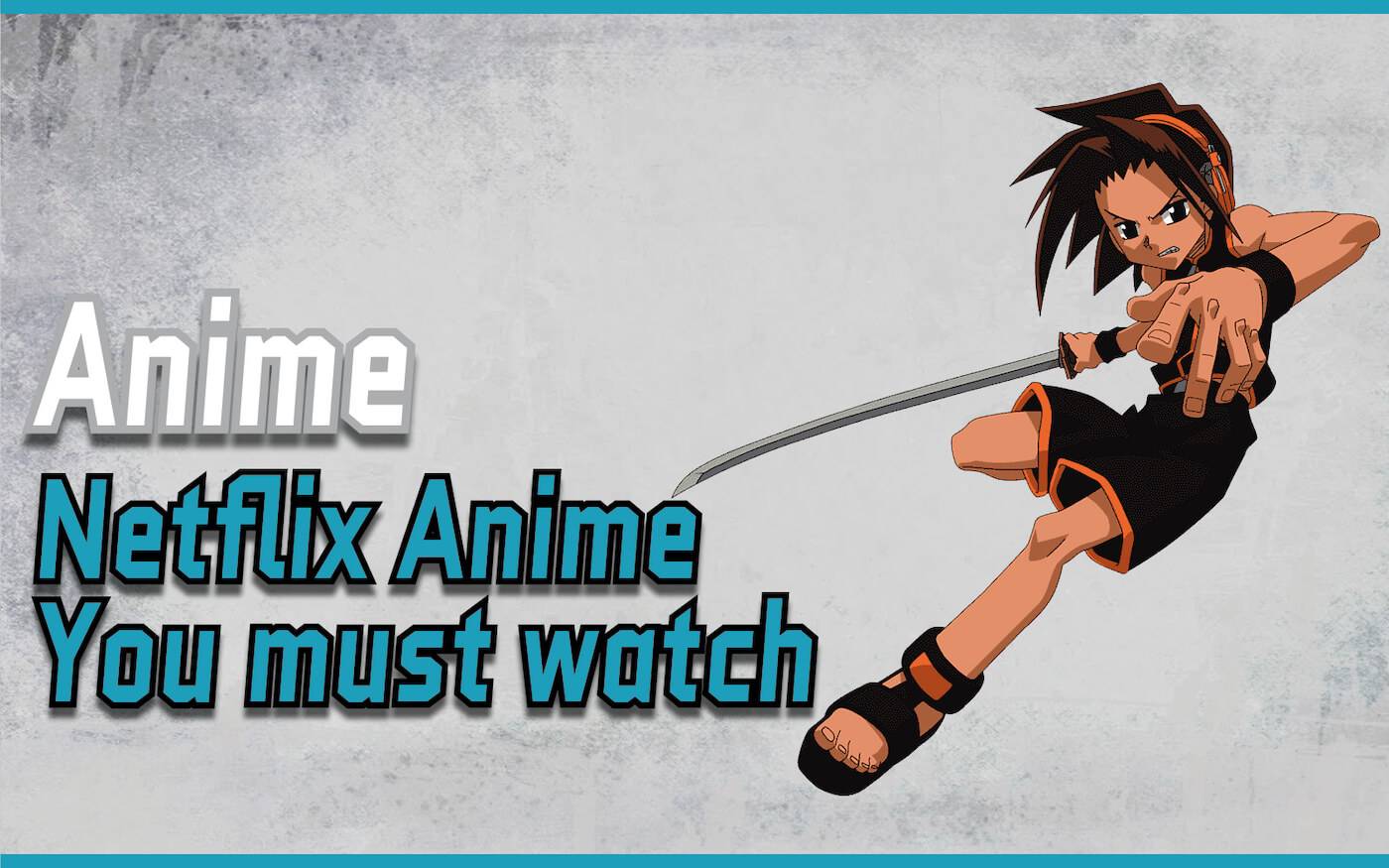 There are a lot of Japanese anime on Netflix to choose from, but what are the best series to watch? You get your popcorn ready and all but still can’t pick what show to watch. Well, you don’t need to worry about that anymore. You can find the list here of the best anime series to binge-watch.

These 10 anime are the ones you don’t hear much about, for example, Naruto and Baki Hanma. However, the anime series on this list are of high quality and deserve your attention. You can also take a look at the more popular anime series on Netflix.

Note: the list here does not include anime movies, and the choices here are based on the European version of Netflix. You can also scroll through the list to find the right genre and total episodes you want to see.

The chosen Japanese anime series here concludes the genre, total amount of episodes, and the recommended age of it.

Read further to see the list of the best 10 Netflix Japanese Anime, and tell us what series you’re going to watch!

The first Japanese anime series on the list is Shaman King. The story follows the adventures of the shaman You and the warrior-spirit Amidamaru in a world of supernatural powers. This duo battles against other shamans with evil spirits to fulfill their goal of becoming the next Shaman King.

The shamans are special individuals who can use their gifted abilities to communicate with beings that can’t be seen by regular people. These beings are spirits, ghosts, and even gods. The protagonist You Asakura and his warrior spirit Amidamaru want to enter the Shaman Fight tournament.

This tournament takes place every five hundred years and shamans from all over the world can enter. The winner of this tournament receives the title of Shaman King, this individual gains the power of the Great Spirit.

In short, the winner of the Shaman Fight tournaments gains the power to reshape the world to their liking.

You Asakura also becomes friends with Manta from his school. He can also see spirits and You takes a liking to him, so Manta accompanies him on this exciting adventure!

Blue Period is a Netflix original Japanese anime that shows the events of Yatora Yaguchi in a drama slice-of-life series.

The Blue Period series follows the events of Yatora Yaguchi, a smart high-school kid who has exceptional grades but doesn’t feel anything from it. That is why he wants to discover what he loves doing and just tries to find his passion.

Yatora one day expresses himself through painting on a canvas after seeing a stunning sight at Shibuya. As a result, Yatora receives compliments about his work and the joy he feels motivates him to chase his passion.

However, Yatora becomes anxious after this moment because he sees his talent as nothing when he compares his skills to a professional. He still joins the school’s art club and dedicates himself to learning more about creating pieces of art.

The next challenge for Yatora is to enroll in Japan’s hardest-to-enter art university. The Tokyo University of Arts only has an acceptance rate of 0.05%.

Yatora now finds himself on an emotional roller coaster where so many things happen at once. For example, he struggles to get his parent’s approval, lacks art skills, and is anxious to meet his peers.

Blue Period shows the harsh reality of aspiring artists and the hardships that come along with it.

Genre: Drama and slice of life

Black Lagoon is a Japanese seinen anime series that deserves your attention if you enjoy action and gun fights. There are a total of 3 seasons and the animation quality is great for a series from 2006.

This group takes on illegal jobs that involve smuggling goods and clashing with corrupt criminal organizations. This results in many gun fights. They smuggle these goods and go from job to job with their boat, the Black Lagoon.

The story starts with Rokurou Okajima, he is a Japanese businessman who tries to achieve a higher position at the company he works. However, Rokurou one day fails to close a deal in Thailand and falls hostage to Revy and the Lagoon Company.

Rokurou then finds himself in a situation where the managers of his company leave him there for death. To clarify, his corporation could pay the ransom for his freedom but they refuse to do so.

He then realizes that the place he works doesn’t care about him and all and decides to join the Lagoon Company. He now lives an entirely different life and has to adjust to all the criminal activities to survive.

Guilty crown takes place in the future of Tokyo in the year 2039, the date is December 24 and this day is known as “Lost Christmas”. This is the date ten years after the “Apocalypse Virus” that spread throughout Japan.

The virus causes citizens to die and it creates chaos and unease. This leaves Japan under the control of the organization GHQ, they help with this crisis as they try to stabilize the outbreaks.

However, a decade passes, and this organization still controls Japan.

Guilty Crown follows the story of protagonist Ouma Shu, a normal introverted 17-year-old who one day gains a powerful ability. The ability of Shu is that he can bring out “Voids” that are the inner psyche of a person. The “Voids” in Guilty Crown can have the form of either a weapon or item.

Shus life takes a different route when he joins the Funeral Parlor group. So he now fights with the rebellion group against the oppressing GHQ to save Japan.

Kakegurui is a Japanese Netflix original anime series that shows the events at the Hyakkaou Private Academy. There is a different hierarchy than in other private schools.

This is a school where the only thing that matters is your gambling skills. The students at the Hyakkaou Private Academy also are the children of the richest people in the world. This is a perfect fit for these rich students to use their money to gamble.

Kakegurui follows the events of Yumeko Jabami, a beautiful and talented gambler who is not shy to gamble with anyone. The gambling events can be as simple as rock-paper-scissors but with a twist to them.

The amount of money some students bet can take a lifetime to earn it back. More money means more power and leverage at the Hyakkaou Private Academy.

However, the thing with Yumeko Jabami is that she doesn’t care about money, she gambles for the excitement of gambling itself. She uses crazy and risky ways when she gambles to make the games more thrilling and nerve-wracking.

Spriggan is a Netflix Japanese anime original series originally from 1998, but the remake on Netflix is from 2022. There are a total of only six episodes, so you can watch everything in no time.

The anime follows the story of the 16year old soldier Yu Omina. He works for an organization as a “Spriggan”, and his task is to protect the world by safely finding and securing these artificial relics.

These scientific artifacts come from ancient civilizations and the military sees them all as powerful weapons to use. The Spriggans fight against the military and other organizations to safely secure the artifacts before they fall into the wrong hands.

This anime has been praised for its animation and art style as well as its story which is both beautiful and captivating.

Dorohedoro is an anime series about the man Caiman and his friend Nikaido who go on a search together in the “Hole” to track and kill the sorcerer who turned Caiman into a man with a lizard body.

The story follows the adventures of Kaiman, a shape-shifting man who navigates the monster-filled realm of Dorohedoro by eating almost everyone there. Kaimans memories also got distorted so he tries to recover them while battling in the aggressive and odd world.

His friend Nikaodo helps him to hunt down these magic users responsible for the transformation.

Dorohedoro also focuses heavily on the use of CGI, so you may have to adjust to that.n However, the high-quality details makes the episodes more enjoyable.

This Japanese anime is one of the most popular series on Netflix. Dorohedoro has a huge fan following and an 8.07 score on MyAnimeList.

Eden is a Japanese anime Netflix original TV series that takes you on an adventure with robots and humans. The director of the Eden anime is the famous Yasuhiro Irie, the director of “Fullmetal Alchemist Brotherhood”! The only form of existence in the future city “Eden” are robots until suddenly a human baby girl Sara awakes from her stasis.

Its been over a thousand years since humans appeared on Eart since Sara. So the two robots that live on the land cant believe what they’re seeing after meeting Sara. The two robots E92 and A37 take care of Sara and raise her safely in a haven outside Eden.

But where does Sara come from, when there was no human existence for a thousand of years?

This is a story that is just nice and sweet, giving you wholesome vibes. Watch the two robots and Sara on their quest to find the truth, your younger sibling can watch it too.

9. Seraph Of The End

Seraph of the end is your new show to watch if you like a dark anime with vampires.

The story is about a mysterious virus which kills every infected human over the age of 13. The story follows Yūichirō Hyakuya. He is a member of the Moon Demon Company who fights to rescue his little sister from the hands of vampires.

There is also Mikaela Hyakuya who is left alone to care for her two younger brothers after both their parents are killed. Yūichirō fights against a mysterious being ” The Seraph of the End” on his journey to save his little sister.

The overall story gives you a blend of mystery and darkness while the vampires help make the story more exciting. In addition, the characters are quite compelling so you’ll take a liking to them pretty quickly.

Kotaro Lives Alone is a Japanese animation series on Netflix that is based on a manga of the same name. The anime is about an elementary school boy named Kotaro, who lives in an apartment with his aunt and uncle.

The story begins when Kotaro’s parents go overseas to study and he moves in with his aunt and uncle. He starts living alone in their apartment, but because he is so young, he has trouble taking care of himself.

Kotaro Lives Alone shows Kotaro as he learns how to live on his own while also meeting other people who live alone in the building. However, even though Kotaro is a pretty normal kid, he’s the only human in his whole neighborhood.

He attends school and spends his days hanging out with his friends, just like any other kid. But at night, he goes back to an empty house where he is all alone.

At first Kotaro was really lonely and missed having someone around to talk to or play with. But gradually he got used to it and now it doesn’t bother him anymore. And besides, his parents are still alive…it’s just that they’ve been busy lately so they can’t be there with him right now. 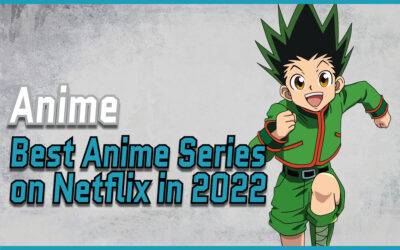 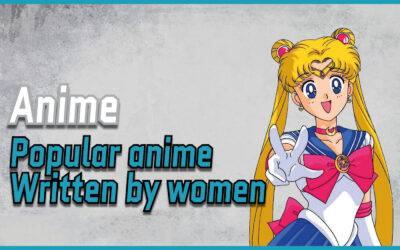 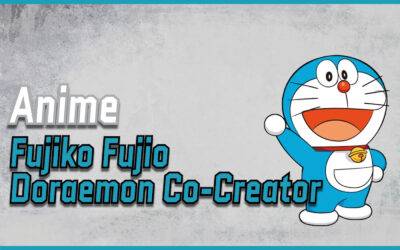 The world is grieving over one of manga's greatest writers Fujiko Fujio. He was the co-creator of the Doraemon series...